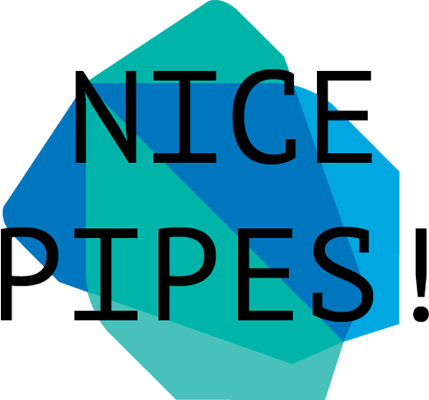 Update 1: I was delighted, but not totally surprised that someone else thought this was a good idea – 2 months ago. Patrice Chalin wrote up the proposal on his blog in February and filed a feature request. I've closed my request as a duplicate of his.

Disclaimer: This is not in anyway official. It's an idea. If you're excited about it, great. Please star the associated issue. I'm trying to judge interest in the Dart community.

One of the first Dart issues – the 13th, to be precise – was for C#-style extension methods.

This is not possible in a consistent and performant way due to Dart's type system.

But I'm pretty sure that most Dart developers that want C#-style extension methods would be happy with something much more simple.

Now imagine an alternative syntax for the same behavior, with a new sugar in the form of |> – the method pipe.


Method pipe is simple. Anything of the form


Can be written as


Basically, the expression on the left side of |> is passed as the first parameter of the function on the right of |>.

If you had function


You can call it as

The same thing that happens now.

The method pipe syntax – |> – is completely up for debate. But I like the model. One could create and import a library full of top-level methods that consume Iterable – groupBy, countWhere, wrapWithUnmodifiableList, etc and write.