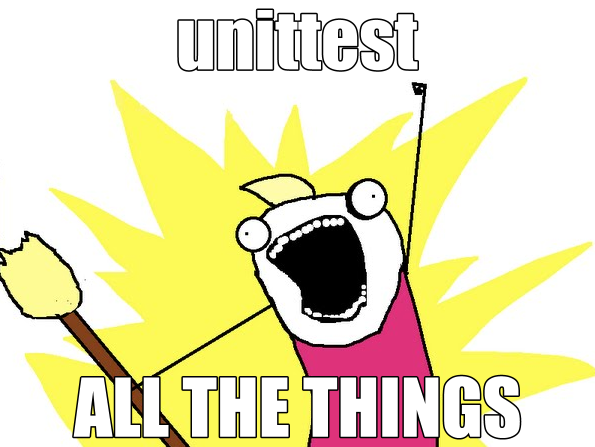 9:15am 7 Feb, 2014 These changes have not been released to the pub site yet.
tl;dr
The upcoming 0.10.0 release of unittest will have a lot of changes. Here's a copy-paste of the current changelog.
These changes cover three big areas:
Going forward, we're looking into more changes:
I'd like unittest to evolve to expose a very simple API that others can build on, with a layer of "easy" for those that just want to get something tested without a lot of ceremony.
Your thoughts and suggestions are welcome!
Happy hacking.